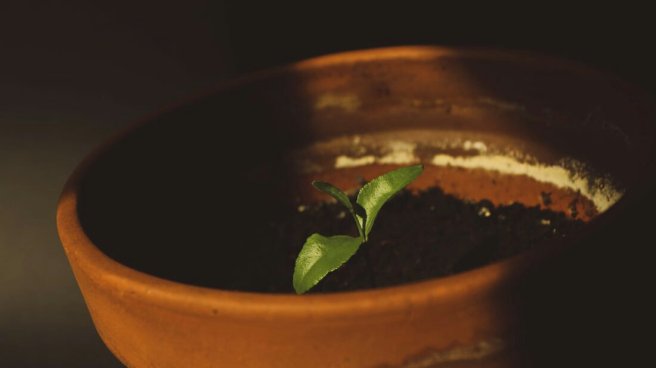 My first day of high school, I remember it as if it was yesterday. My mom waking me up at around 05:30 (I wasn’t a morning person back then) I was still exhausted from last night’s last minute packing.I was happy because I’ve always wanted to experience what high school is really about because all my friends’ older siblings always bragged about high school being the best 6 years of their lives, at the same time I was sad because I was leaving my family behind and this would be the first time “surviving” without my family around me.The reason why I was sent to a boarding school was for me to “grow up”. As the only daughter in my family I was spoilt, so my parents wanted me to mature mentally and be ready to face new challenges. I remember the first 2 days of high school, I was always crying. The solution to all my problems those days was to cry. Then came along this girl called Yolanda who told me that if l wanted to survive high school, I’ve to make friends.I took her advice and to be honest she was right. I became friends with a girl by the name Melissa. She took me under her wing and high school became a walk in the park. I created a solid bond with her. I still missed home even though I was now getting settled. To be honest one can never forget the first days of high school. In our dormitory there were all types of girls; the shy girls (like me) the talkative (Melissa) the ready-for-anything type (Yolanda) the we-know-it-all, the supermodel body types, the ones with big assets (if you know what I mean) the mean girls, the gossip girls, the gospel girls, the bookworms etc. I was now liking high school but I’d day dream about home once or twice EVERYDAY. We had a matron who had an irritating voice (mostly because she would wake us up at 4am) she had a funny accent and the way she pronounced borehole and buckets killed me. I was never a morning person, and I was now waking up everyday at 04:00 and it irritated me.l was used to sleeping early and waking up late but here in high school I was now sleeping late and waking up early. I was used to getting things done for me back at home and now I had to spread my own bed and sort my shelf (of clothes). People used to call me a baby because of that, somehow I felt loved because they’d help even after calling me a baby. Credit goes to my cousin’s (Russell) friend Ndigi. He protected me like his own little sister. I was settling and mid term after I had become a good friend to Ndingi’s friends.I was once suspected that I was dating some guy.That week was the toughest week, as we spent almost the whole week going to Head’s office before I was rescued by my friends who told them that I was not in a relationship with anyone. I remember feeling so down and scared because I was afraid I was going to be expelled from school and knowing what my parents would do to me, tears started flowing down my cheeks. I remember not being able to eat. But it was settled and I was happy. I don’t know whether it was just me or it was the food. I think it was the food because a lot of people complained about the food some days that every supper they gave us beans. One would think that the food standards would improve after the complaints. Well it got worse, I remember finding a cockroach in my vegetables (eeew). I then lost my appetite. I went to bed with an empty stomach, I cried myself to sleep that night. Things were not easy in my high school, I remember when the 1st term was about to come to an end. People had hit a period which we called “drought” this is the time when people have finished all their tuck and it was usually in the last two weeks before the term ended. This was another tough period for me in high school, not that I didn’t have food but because I had food (not a lot but adequate to carry me past the last two weeks) and my food was being stolen on a daily basis, I remember the last week of the term after lessons, I was so hungry and when I opened my food locker it was almost empty, the only thing that was in there was a 2litre bottle of juice. As if that was not enough, after doing my laundry a few of my uniforms were missing from the line. I managed to survive the last week of the term with assistance from Yolanda and Melissa.This to be honest happened till I finished my High school. I remember how happy I was when the school terms would end, mostly because I was going back home, I couldn’t wait to tell my family and friends about my experiences in high school.The atmosphere in the dormitories wouldn’t be described by any superlative, the joy that filled the room is indescribable mostly when we going back home after the term. I didn’t have a cellphone those days, if I had I’m sure the whole World would’ve known about my high school experience. I shared my experience with everyone who I came into contact with.I was that jubilant because I had survived high school.

This is what I learn through the challenges I faced;

*People will break your heart, friends will leave but the world won’t stop cause of your grief

*We all have the right to talk back to a teacher or anyone, but what we have to say better be important

*I learnt to be independent, when you’re placed in a new environment, all alone with a bunch of strangers, you realise that the only person you can truly rely on is yourself. We can call it freedom in some ways.

*ln a way, you become a grown up and mature when you’re independent and through that process, you sort of figure out more about yourself and what drives you in life. It’s a self discovery, really. And by the end of it, you’ll get a clearer vision of where you’re heading and why

*I learnt to appreciate my family so much more and not to take them for granted. To be grateful with what people do for you. Especially when you’re new you’ll feel touched with the tinest things people do for you. This helped me grow a lot in my age. And for parents who are thinking of sending their kids to boarding school I’d say go for it. I don’t know what you think???
So far, about that……..

Life On The Edge